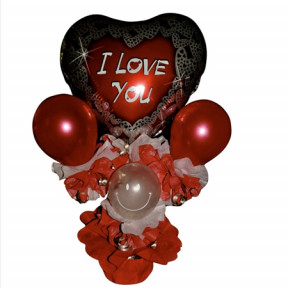 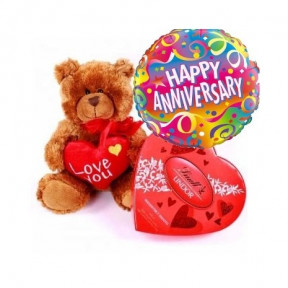 Selection of gifts and getting delivery at your preferred and per-determined time for the anniversary are not a tough task anymore. With the online portal, you get the best gift options under one roof and easy to order anniversary Balloons in Philippines. What are you waiting to grab the best anniversary Balloons for your partner and send it to her without any delay in expressing your wishes and love?

Here are some tips to help you select the right anniversary Balloons for your partner.

The Anniversary Balloons catalog carries products available for delivery through out Philippines. We are always extending our delivery area and add new Balloons items in our online Balloons shop. Check the item's details page for delivery related notes, personalization and delivery conditions.

Sending a gift for birthday, anniversary or any other occasion should be easy. And for that matter it is extremely easy, when you book your order with giftblooms.com. Get global reach with local comfort; order from large collection of Anniversary Balloons options delivered to Philippines and these international locations.

What to Gift? Need some ideas on Anniversary Balloons delivery Philippines?

It is not always easy to decide on what to send for that upcoming birthday or anniversary or on those special occasions such as Christmas gift baskets, Valentines day gifts and Mother's day gifts. Without further due, here are few gift ideas or more like pointers to help decide on what to gift. As a broad category, you may choose to send balloons, flowers, gift baskets, plants, cookie bouquet, candy bouquet, bonsai tree, plush animal or a personalized gift item. First thing you want to decide is if you Anniversary Balloons delivery Philippines is to impress the recipient or if it is to convey your sentiments of love, care, thanks or condolence.