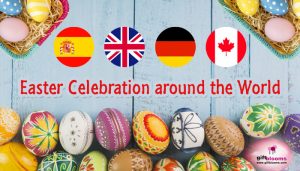 Time is running, it just feels like Christmas was just a week behind and we are just a few weeks away from Easter. Some festivals are celebrating in different ways all over the world. Different countries and cultures have their own traditions and customs for specific festivals. So it is with Easter Celebration. Everyone has their own unique ways of celebrating Easter which makes the festival fun and important, but the history remains the same for the festival. Thus here we are with Easter celebration all around the world on how it is celebrating. 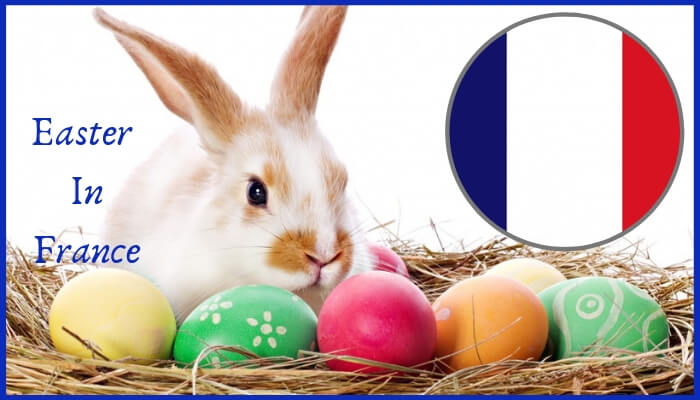 In the town of Haux in France, a huge omelet is making which is roughly made of 4500 eggs and it feeds almost 1000 people in the town’s main square. This is because years ago, Napoleon’s Army stopped in this town and ate omelets. It is believing that Napoleon liked this omelet a lot. So he ordered the townspeople to gather all their eggs the next day and feed him and his army the omelet the next day too. French kids get treats from Easter bells instead of Easter bunnies. 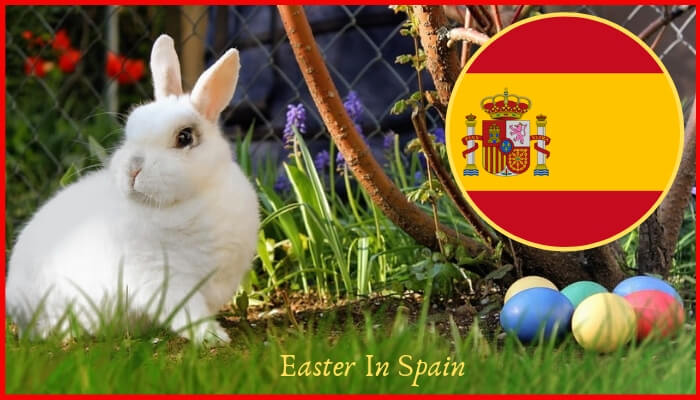 Seville is the place where one of the biggest Easter Celebrations takes place. Here there is a march by 52 different religions brotherhood parade through the streets where thousands of people are spectators. The streets manifest the crucifixion and are decorated with candles and baroque statues which narrate the story of Easter. This procession of marching bands is the main attraction here in the Easter celebration. There is also this night parade where people dress up like skeletons and parade carrying a box of ashes with them. 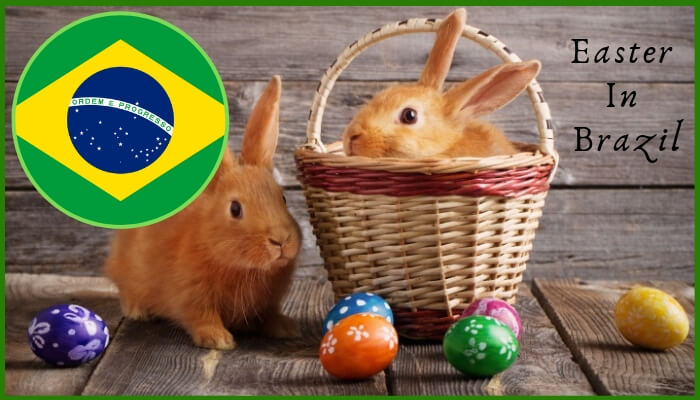 Brazil is known for crazy football fans besides this it is also known for this crazy tradition where. They make these straw dolls which represent Judas that are an apostle who betray Christ. These dolls are hanging up in the street and are beat up. Many times these straw dolls give the look of the corrupting politicians who are involved in corruption and are beat up. Unlike other parts of the world, Brazil has its Easter celebration in the autumn season because of its geographical location. 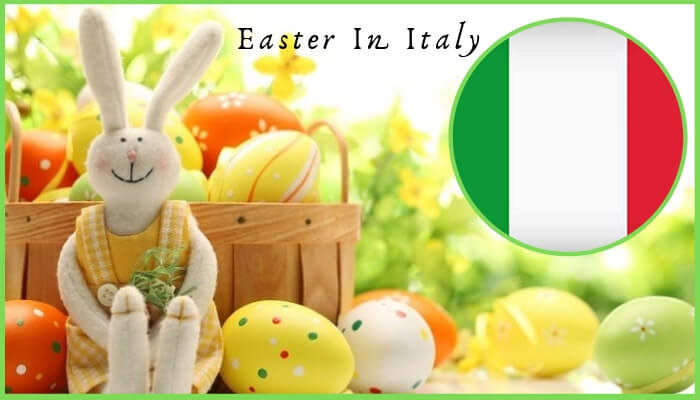 Here a huge wagon is decorated and then dragged through the streets by a white oxen till the cathedral. And the Gloria is dung inside the cathedral at the same time Archbishop sends a rocket that is dove-shaped into the cart which ignites into a large fireworks display. The explosion of the cart is called Scorpio del Carro which is followed by a parade in medieval costumes. In the south of Florence, people have this big celebration after the day of Easter. They have this competition which involves rolling the wheels of Ruzzola cheese around the village like its perimeter. 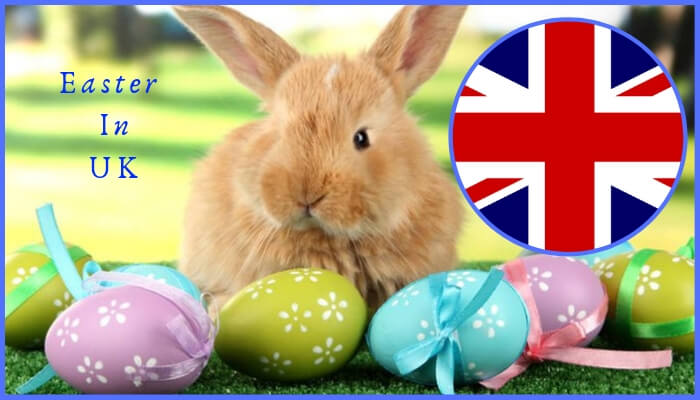 Different communities in the UK have Easter performances where they have this traditional type of folk dance called Morris Dance; this type of dance is dates back to the middle Ages. Men wear hats and around their neckwear bells and wave ribbons while dancing. It is believed the dance brings good luck and drives away the spirits of winter. One other tradition is egg jar ping where in hard-boiled eggs are smashed by two players and the one with still eggs intact wins. The World Jar ping Championships are held in Durham and England in Easter every year. Now the event has many more amusements like an egg hunt, sports, crafts, musical groups, and many more things. 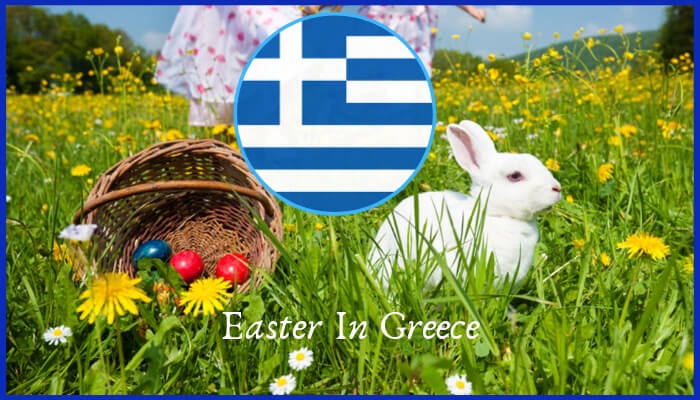 Corfu in Greece has this unique tradition of throwing pots in the street on Holy Saturday. People throw pans, pots and other earthenware out from their window-smashing on the streets. It is believe this custom of throwing pots is done to welcome spring and it symbolizes that new crops will be gathered in new pots. While others believe this tradition is derived from Venetians who use to throw out their old items on New Year’s Day. It is said on a Greek island Ikaria, people forget to die. 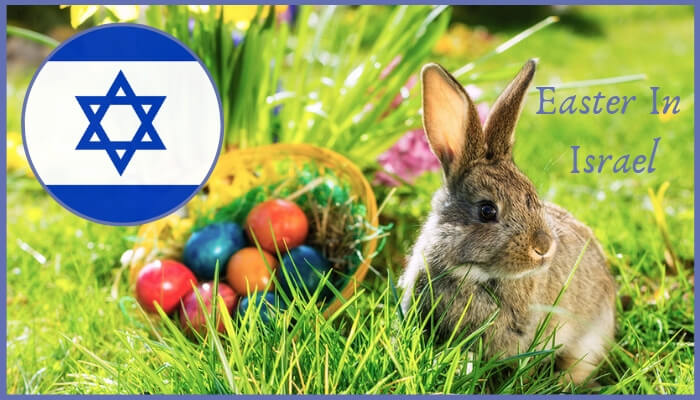 It is city, where it is believing in Jesus, was crucifies. People walk on the same path where Jesus was nailed to the cross. Some the people also carry a cross to take a note of his pain in remembrance. Also on Easter Sunday many pilgrims attend church service in the area where Jesus is believing to be burie that is Garden Tomb. People all over the world visit this place as it is said Jesus was crucified here. You can also find easter gift baskets online to treat your near and dear ones for the festival. 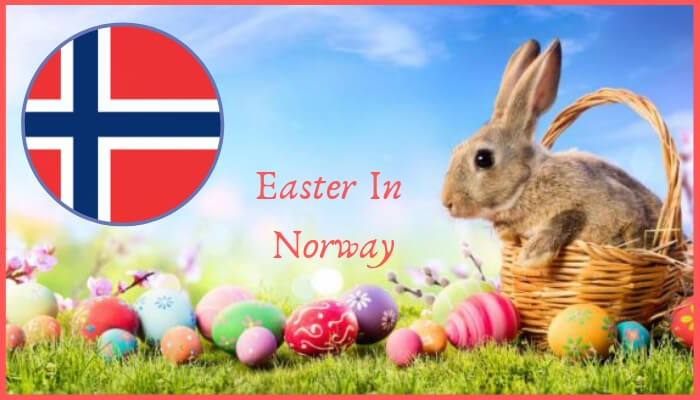 Norway has this unique way of celebrating Easter. In Norway, during this time publishers come out with Easter thrillers which are also call Paaskekrimmen. So Norwegian read these crime novels at the time of Easter. This tradition was started back in 1923 when a book publisher promote his novel new crime novel on the front page of a newspaper and the ads resemble the news which people buying and reading a novel but it was actually a publicity stunt. 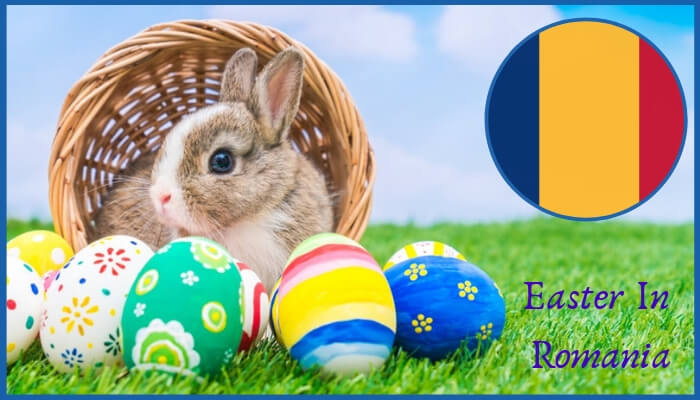 In Romania, Easter is celebrate following the rituals as per the Eastern Orthodox Church. The whole country is engulfed in a festive mood and high spirits. The Easter celebration starts almost a week before Easter Day. One of the important Romanian Easter traditions is Egg dyeing. The Eggs are usually painted red to represent the bloodshed by Jesus Christ, eggs are decorated with traditional motifs and ornamental details and trade at fairs and monasteries. 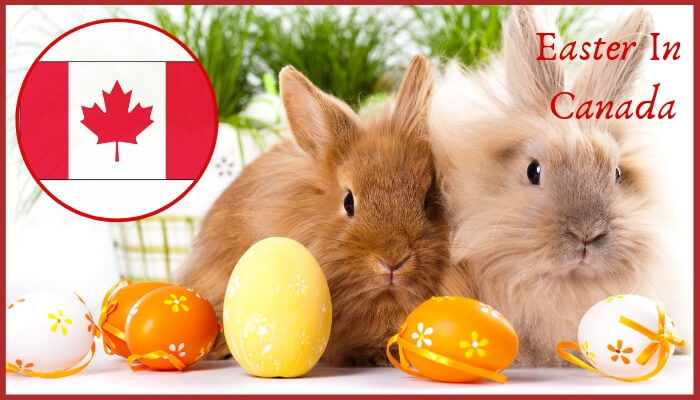 Canada has Easter as one of the major festivals. And visit church for prayers and blessings. The Canadian streets the flood with Easter goodies and the landmarks are decorating with colourful lights. In Montreal, a huge rave party is host for the partygoers. There are also many contests held for decorating Easter Eggs. Send easter gifts to your friends and family members and convey festival greetings through it.

We hope you got fancy insights on celebration of Easter in different parts of the world.

Countries we deliver to: 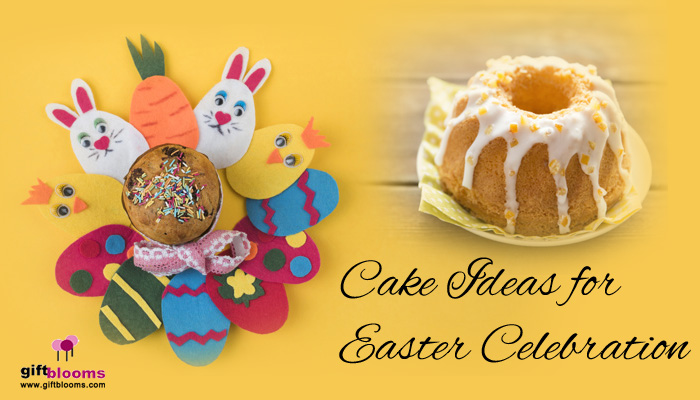 Delicious Cake Ideas for Easter Celebration to Fascinating your Guest 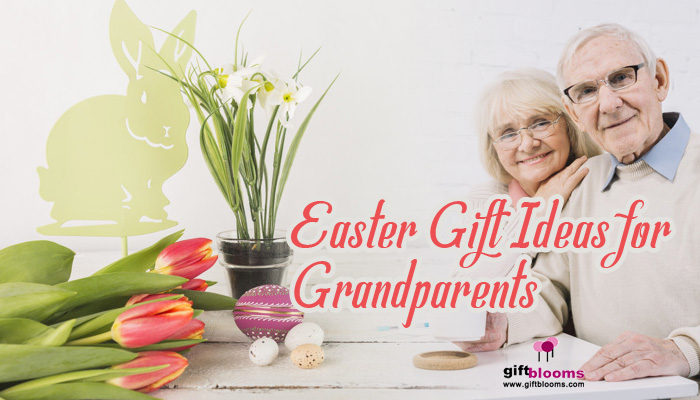 Easter is the most loved celebration because it gives an opportunity to enjoy family time. It also gives a chance to help unite family members into one thread. Family members come close to their elders and grandparents and exchange gifts to show love and care. Gift giving is a necessary trend here. It reflects their […] 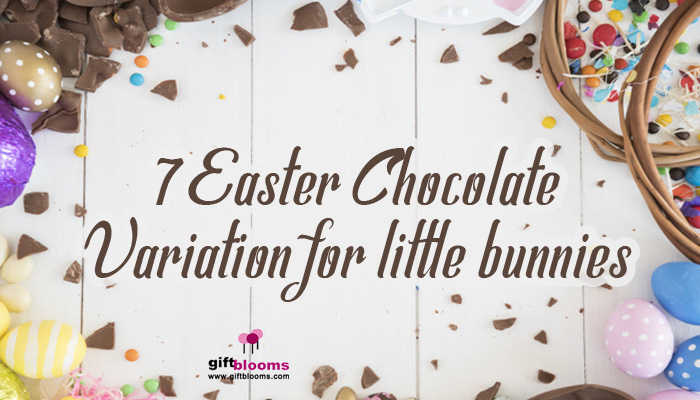 It’s almost Easter time and everyone is ready to binge on chocolate bunnies and candy eggs. Easter is about spring season and kids love it because they get delicious egg shaped candies. We also get the kids dressed in Easter bunny’s costumes. And the best part of Easter is egg hunt. It is the time […] 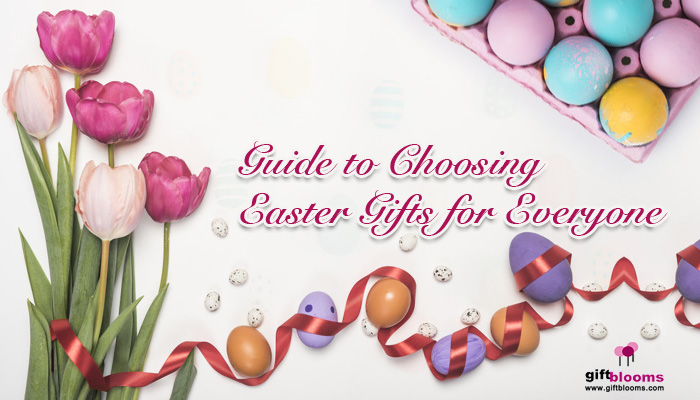 Best and Ultimate Guide to Choosing Easter Gifts for Everyone

Easter is the most loved celebration of kids. Why because they are pamper with lots of gifts. Also it is a great tradition followed to exchange gifts in family and friends. There is nothing new in it but you can change the perception of gifting by experiencing these Easter gift ideas. Here we tried to […] 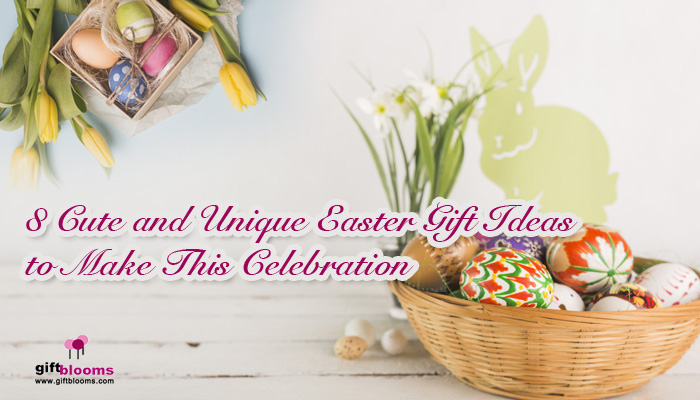 8 Cute and Unique Easter Gift Ideas to Make This Celebration

Easter is knocking the doors and people have started surfing for Easter gifts. Easter tradition is celebrated since ages and it is a popular celebration cherished with close friends and family members. Also people share Easter greetings through sending gifts. Here we will talk about some trendy gifts to celebrate the Easter 2019 differently. No […] 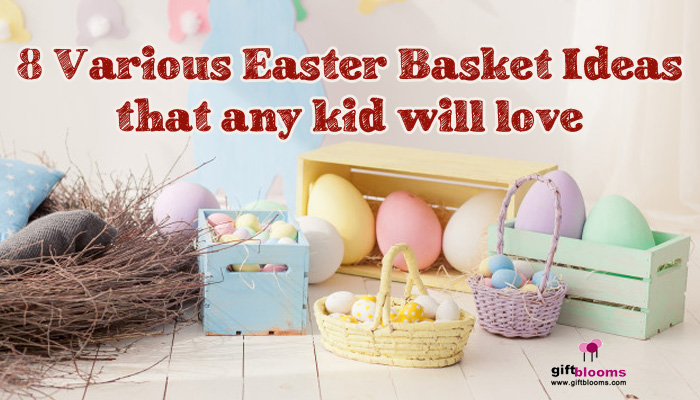 8 Various Easter Basket Ideas that any Kid will Love

Easter is almost here and so Kids are also excited for Easter because every year they get super creative Easter eggs deliveries from Easter bunny. There are so many different ways to decorate these Easter eggs and surprise the kids. You can even ask the kids to accompany you for some DIY Easter Eggs decoration. […]

How to Throw a Great Easter Party? 3 Easy Tips

Easter might come across as a Christians’ holiday – but that is not exactly the case. It can be a holiday for everyone – whoever who can embrace it willingly and partake in its celebrations. Easter festivities present a great opportunity for all of your friends, families and loved ones to gather, talk and just […] 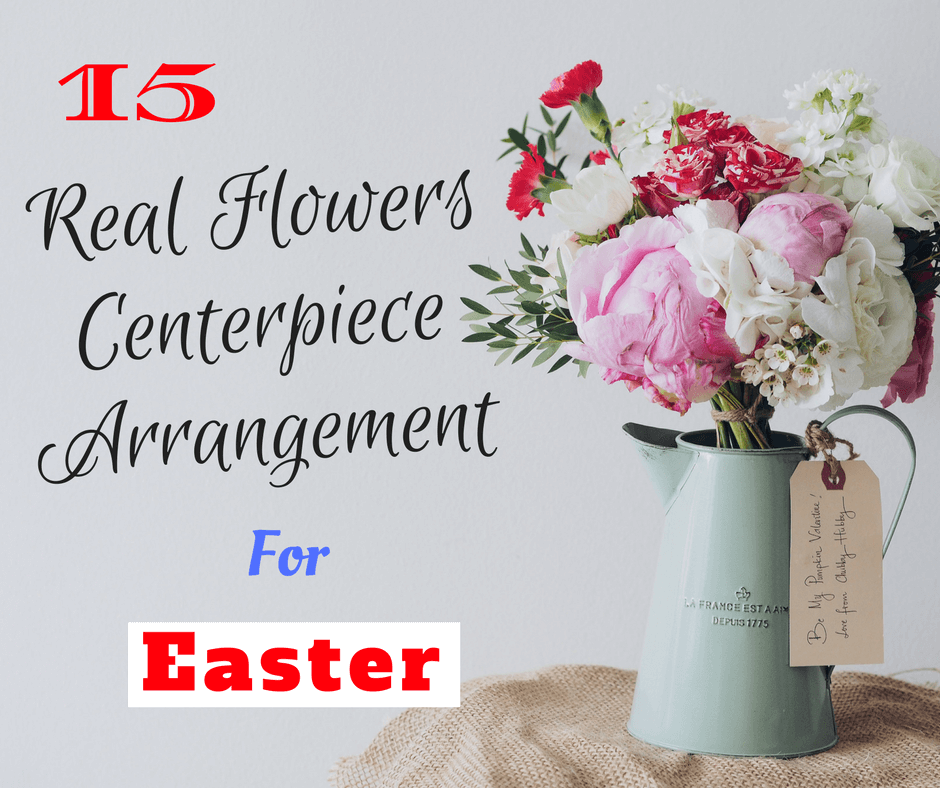 Find a real Easter flowers arrangement? From table centerpiece to room decorations, these 15 gorgeous Easter flower arrangements will brighten up your day.  Hey, Easter is just around the corner. The snow has started to melt down and flowers are blooming. Flowers are the main source of attraction for this season. Flowers bring positivity in […] 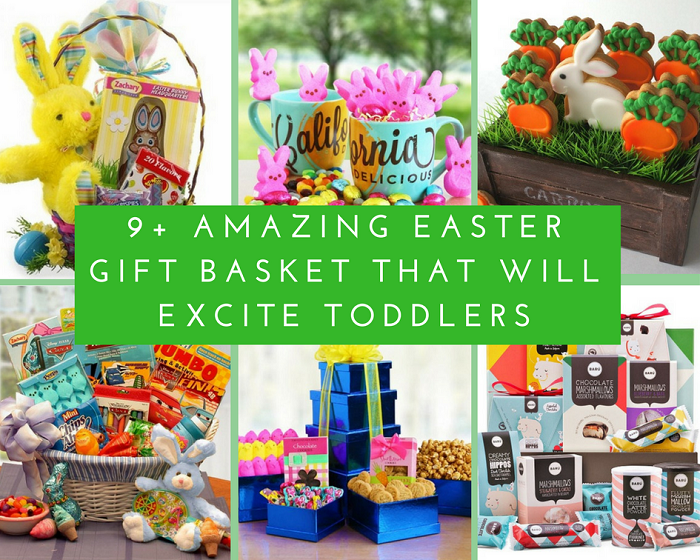 Tired of the same old Easter basket gifts for Kids? Then check out our Top 9 amazing Easter gift basket that will surely excite your toddlers.  Easter is a festival of resurrection. Christians believe it is the day Jesus rose from his crucification, marking the end of a Holy week. It is a festival of presenting […] 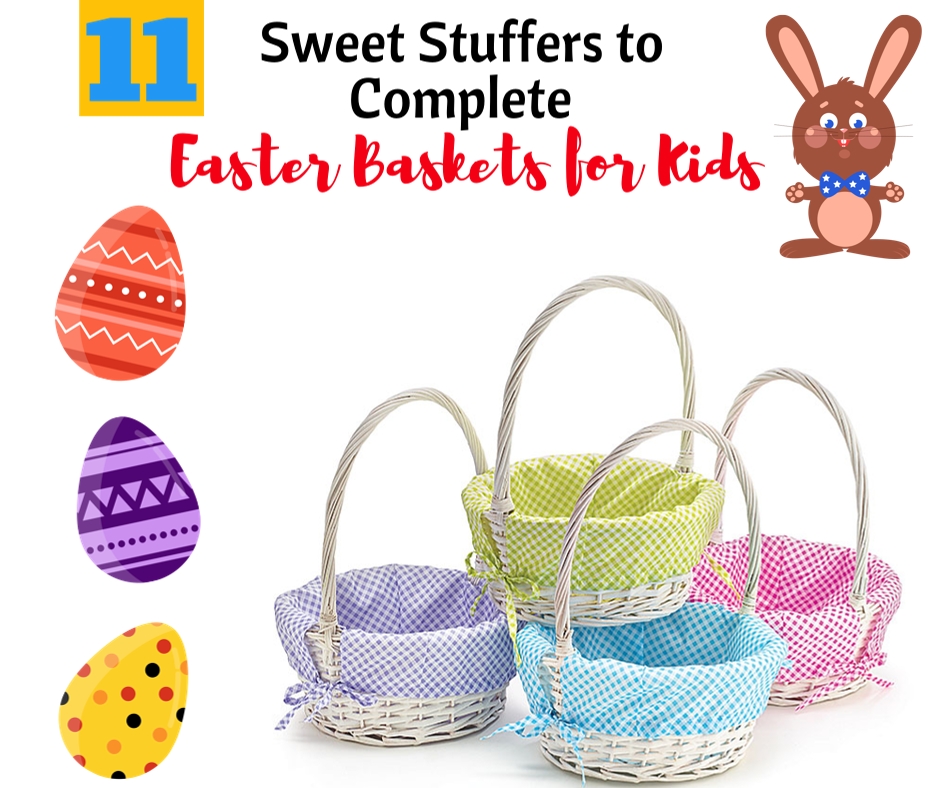 Easter is round the corner. Do you know origin of Easter symbols? It is time to think about all the family fun with parties and good food. The best part about this holiday is the Easter baskets. The kids especially love them. You need to make them fun and charming for them. To do that, […]