All About Easter Chocolate Eggs: Origin, Facts and History 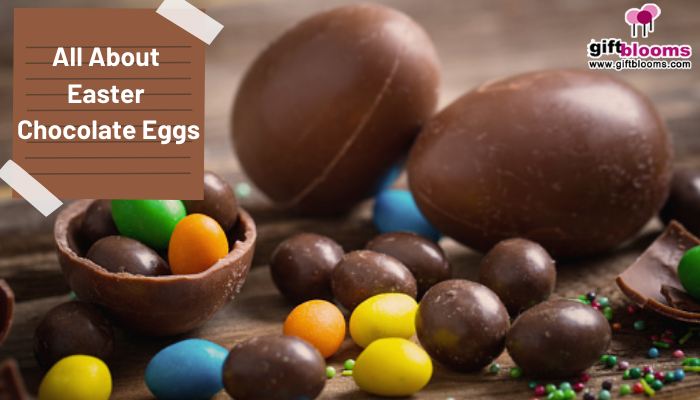 Easter is the religious holiday observed all around the world. It is Christian church’s most important festival that marks the crucifixion and later resurrection of Jesus. But there are many traditions which we follow today at Easter are not of Christian origin. The giving of Easter Chocolate Eggs as gifts represents the new life around spring equinox that predates Christianity. This was adopt from the practice with an empty egg to represent Jesus’ empty tomb after the resurrection.

Why do we eat Chocolate Eggs? 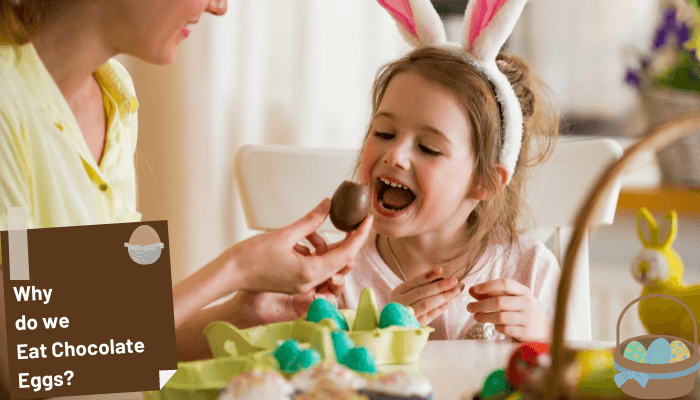 During the 18th century, people started getting more and more creative with their egg giving. People started making fake eggs out of papier-mâché which has small hidden gifts inside and it was around this time. By the 19th century new kind of eggs which were cardboard eggs that were cover with silk, lace or velvet that were tie with ribbon was so much in trend.

The first chocolate eggs appeared in France and Germany in the 19th century and they were made of dark chocolate and were usually bitter tasting. This is because at that time there was no process molding chocolate as they were solid and hard. Thus when milk chocolate came into the picture these chocolate Easter eggs started becoming more and more popular and that’s why we eat chocolate eggs till today. Send online gifts to USA to your friends and relatives living far away from you and convey your wishes for their special days.

Before Christian time there was this history of egg decoration as far back as Persians where eggs were paint for the spring equinox. This tradition of decorating eggs become prevalent since then and is still prevalent in most cultures around the world. When talking about Christians they adopted the eggs as the symbol of rebirth and resurrection of Christ. The egg denotes the end of the lent that is the forty day period when Christians fast or abstain to show penitence to commemorate Christ’s fasting. Later this tradition started losing its importance.

People started decorating pagan with these decorated chocolate eggs that appeared in Germany and France in 19th century. This new tradition then was adopting in England and gradually Easter chocolate eggs became so popular. That this custom spread all over the world. Different variations started appearing in these Easter eggs including eggs filled with chocolates, caramel or toys. Nowadays we find chocolate eggs in most supermarkets. It a tradition to do an Eater egg hunt on Easter Sunday when parents hide the eggs and kids try to find as many as possible. Buy Easter chocolate online and send it to your near and dear ones to convey Easter greetings to them.

Origin of the Chocolate Easter Eggs 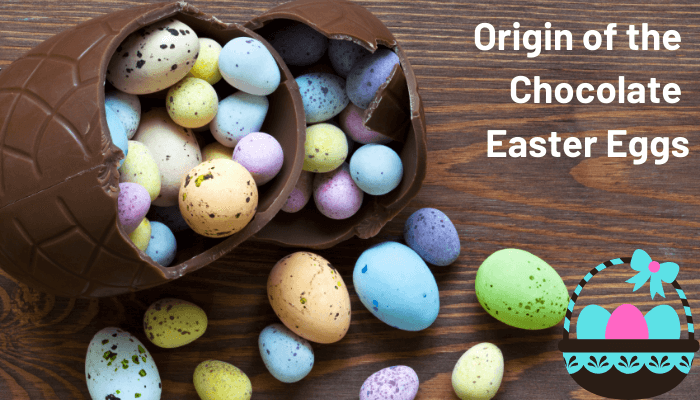 The first of these Easter eggs were made in Bristol by a chocolatier JS Fry & Son in the year 1873. This company later merged with Cadbury and launched its first Easter egg line in 1875. The chocolate eggs then were decorating by chocolate piping and marzipan flowers and it were of patterned finish rather than of smooth finish.

The development of milk chocolate made these eggs as the bestselling treat at Easter. Today the Easter egg market is base on milk chocolate. It is a very common activity nowadays to give chocolate eggs to your loved ones for Easter. Alone in UK every year around 90 million Easter eggs sold amounting to 300 million Euros.

This was all because of the development in chocolate making towards the end of the century which resulted in hollow eggs that resembles to the ones we are eating today. They were not only famous as treats but were even decorated and used to hold gifts inside them. You can get wide range of Easter chocolate Eggs from our online gift store. And celebrate this festival with delicious and designer chocolate treats and surprises. 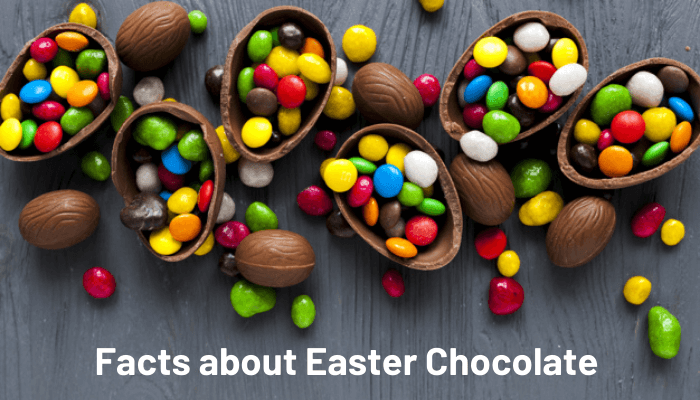 – Americans spend nearly 2.1 billion dollars on Easter candy, which is only second to the biggest candy holiday, Halloween.

– Every year over 90 million Chocolate Easter bunnies are producing and sixty million are consume in US alone.

– Before chocolate, hot cross buns were serving as Easter treats; they were beautiful and simple sweet rolls that were made by European monks.

In the year 1890, a Pennsylvania druggist went down in history and came to be known as the “the father of chocolate Easter bunny” who displayed five-foot chocolate bunny in his hop window. As an Easter promotion to promote the sales of chocolate bunnies and chocolate eggs to skyrocket. Get the information all about Easter chocolate eggs from our online gift site. Know everything you need to know about the Easter and its relation with chocolate eggs.

We hope you would have got total insights on Easter chocolate eggs and would also have got answers to all your curious questions.

Cities we Deliver to:

Easter is celebrated by many people across the world. There are various ways available from which a person can celebrate the day. Be it celebrating it at home, with friends, or at the office. Confused about hosting a Corporate Easter party at your workplace check out these ideas to make it fun. Also, look out […]

Easter Chocolate Baskets for Little Munchkins of the Family

The best part about Easter is the colorful and fun baskets with exciting goodies and treats. The Easter basket is filled with a variety of chocolate treats that will delight the little ones. The basket has Easter bunny-shaped chocolate and to make it look more decorative plastic grass and eggs are also used. Putting together […]

Snacks Gift Baskets to Present to Your Family this Easter

Giving a gift basket is a trending easter gift idea. It’s a super-duper hit concept in the gifting world to attract customers all around the world. A gift basket is popular because you do not give only one thing. A gift basket is filled with lots of things. The customization option is also available which […]

Some of us love them, some of us do not. But everyone in this world their parents. Parents to all us are gifts, the reason why we all exist in this world. Parents get through a lot to grow us up and become who we are. But at times we do not pay respect to […]

Party is the best possible way to celebrate occasions and moments. And as we are at the end of the March, here comes April. April is famous for its Bengali New Year. But there is a global celebration coming around as well. It is the Resurrection of Christ, Easter. At the Easter party, people from […]

Easter calls for togetherness with our friends and family members. It is one of the most joyous festivals because everyone comes together to celebrate this festival. You can turn this Easter holiday more fun and festive with different Easter arts and crafts projects. Set up a crafts table at Easter party so that everyone becomes […]

Easter is almost here and it is one of the best times of the year as everyone friends and family come together to celebrate this joyous festival. There is tons of Easter gifts out there you can gift to your loved one but the best have to be the Thoughtful Easter Gift Hamper Ideas . […]

7 Delicious Easter Cookies for your Guest to say Yummy..!

It is almost the end of March. And with all these quarantine situations around the world, we are afraid of celebrations. But, celebrations of occasions are the only thing that keeps our life going. As it is a problematic situation now, it is best to plan for a celebration at home with people. The next […]

Every one of us has been there. After Easter Sunday there would be tones of Easter chocolates that would be left hanging around in shapes of bunnies, eggs and what not. You will literally feel like even if you eat chocolates for the rest of the year they won’t finish. There are so many creative […]

7 Most Popular Easter Flowers for your Dear one

Easter is the celebration of rebirth. The whole family comes together to celebrate this beautiful festival. There are so many spring plants and flowers that are associated with Easter. Which you can decorate your home and also greet your loved ones. Easter flowers and plants are the miracles of spring and each of them comes […]