Cosmos – A Plant of the Asteraceae Family 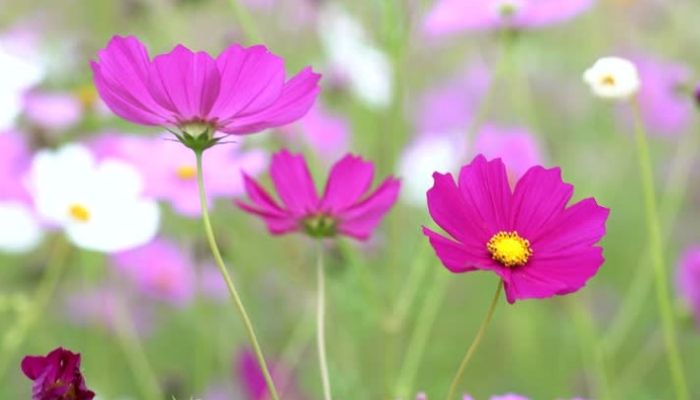 The genus Cosmos has about 20 species of perennial and annual plans in the Asteraceae family that is the family of sunflowers, daisies and asters. The Cosmos flowers are produced in capitulum and are surrounded by a ring of broad ray florets and a center of disc florets. The Cosmos flowers are 2 to 4 inches in diameter and there is a lot of color variation in between the species. The cosmos flowers come on brightly single or double colored flowers in white, pink, orange, yellow and scarlet colors. It is herbaceous perennial flowering plants that can grow 3 to 6 feet tall. The leaves of the Cosmos plant are simple, pinnate or bipinnate and are arranged in opposite pairs.

The word Cosmos is derived from the Greek word which means balanced universe. In the language of flowers cosmos flowers are the symbol of innocence. 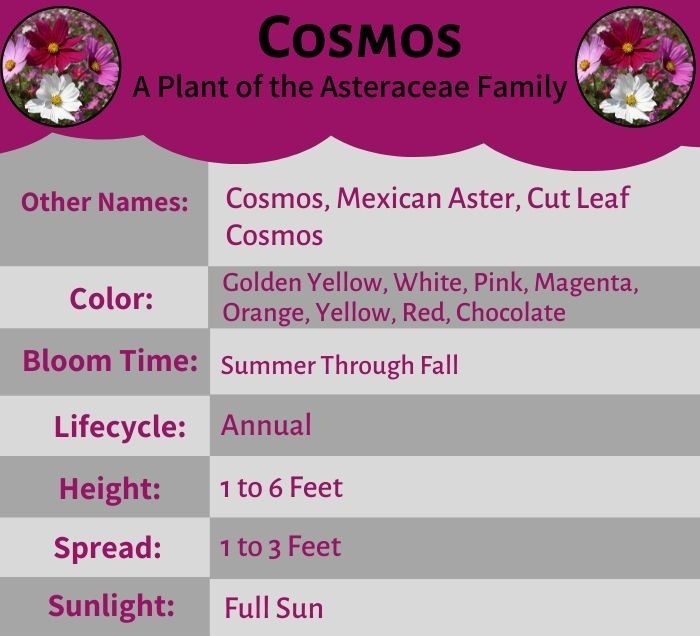 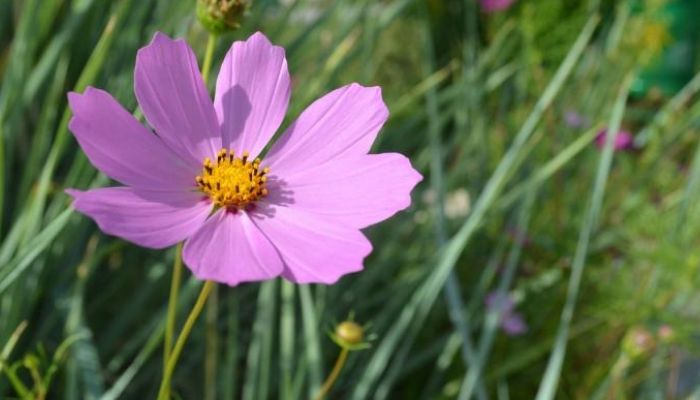 These are perennials and they are grown for their showy spikes of their colorful summer flowers in beautiful shades of pink, blue, white and purple. These flowers are favorite of many gardeners but sometimes it a challenge to grow these flowers. It is a genus consisting of over 300 species of which some are annuals […]

Desert Rose – A Plant Of The Dogbanes Family

The desert rose scientific name Adenium obesum is a striking plant which ha succulent stems and deep red flowers. In cooler winters, the plant is deciduous. These plants are native to East African and Arabian natives and they are great for interior container garden. These plants are commonly called Alamandas, Oleanders and Frangipanis. It also […]

Dietes Flower – A Plant of the Iris Family

Dianella Flower – A Plant of the theflax-lily Family

These plants also called flax lilies are a large family of strappy leaves that can be found throughout the Asia Pacific region. Many varieties of this plant are native to Australia. And they are home gardener’s favorite because of attractive blue green leaves and deep blue to purple colored berries. They are available in strikingly […]

Daphne Flower- A Plant of the Thymelaeaceae Family

The botanical name of this flower is Daphne and the common name is Thymelaeaceae. They are deciduous and evergreen shrubs. They are noted because of the scented flowers and bright colored berries. The flowering takes place in late winter to early spring. This plant bears fragrance and has tubular flowers from white to light pink […]

Daisy Flower – A Plant of the Bercht & j.presi Family

Daisies are one of the most beautiful flowers in the floral world. They belong the  Bercht & j.presi  family of Compositae which are now known as Asteraceae. These flowers are native to north and Central Europe. Daisy flowers are composed of white petals with yellow centre and can sometimes have pink or rose color. They […]

Dahlia Flower – A Plant of the Asteraceae Family

Dahlia Flower belongs to Asteraceae family which has over 20000 different species in the family. This is the second largest family after the orchid family. These flowers come in variety of shades like white, yellow, orange, red, pink, purple etc. The blooms too vary in sizes and it can range from 5 to 30 cm […]

Daffodil Flower – A Plant of the Amaryllidaceae Family

These bright yellow blooms are wonderful sign of spring. These flowers are hardy and easy perennial that mostly grows in the regions of North America. Daffodils belong to the genus Narcissus and they are cluster flowers that include yellow Jonquils and white Narcissi. These flowers are native to Mediterranean region and they come in different […]

Coneflower – A Plant Of The Asteraceae Famliy

Coneflowers are popular perennials and they come in glorious shades of pink, orange, yellow, red and chartreuse. They bloom from June to August but the bloom time varies by species and cultivars. They belong to Daisy family that is Asteraceae and native to eastern United States. They grow up to 2 to 4 inches in […]