Tulips are generally associated with Holland since they are the largest producers of tulip flowers, in the world. However, the original Tulip flowers came from Persia, or modern-day Iran and it was the same place from which Kashmir got tulips.

Srinagar which is regarded as the Tulip terrain and has the largest Tulip garden in Asia – the Indira Gandhi Memorial Tulip Garden organized the Tulip Festival. Nearly 20 lac tulips, of over 70 varieties blossomed across 20 acres of Srinagar, and they blossomed in various colors – white, yellow, purple, red, pink, and orange.

Organized by the Jammu and Kashmir Tourism Department showcased these exotic beauties during the official Tulip Festival in Srinagar.

History of the Festival

The tulip festival was organization, for the first time, during 2007 and it was aimed at attracting more and more tourists to the country by Ex. Chief Minister Ghulam Nabi Azad. The festival gained recognition, and in turn, attracted a large number of tourists from various countries, even from all over the world.

The Tulip Flower Festival focused on the exclusive tulip varieties and showcases the brilliant handicrafts of the state of Jammu and Kashmir. Various activities, for instance, folk dances, are held during the evenings so that tourists can get a look into the actual Indian culture. Kashmiri cuisines are also available.

Even though Kashmir has one of the world most well-recognized natural beauty, the tulips enhances that beauty. More number of visitors are arriving to discover various varieties of tulips and just enjoy themselves.

As the demand for these tulips are quite high, each year, a fresh element to the festival is added so that more number of audiences can be attracted to the state.

Scenic beauty, including the beauty of the tulips add to the beauty of Srinagar. A few popular shades of tulip comprises of purple, blue, orange, pink, red, white, yellow, etc. The floral effect of the flowers mesmerizes the tourists.

Dutch visitors who have seen Srinagar’s tulips say that the blooms are even more vibrant in Kashmir!

The Indira Gandhi Tulip Garden is perfectly located at Srinagar between the beautiful location of the Dal Lake and various other scenic beauties of nature. It is Asia’s largest Tulip Garden.

Famous for its beautiful weather, Srinagar is the major contributor of the growth of the numerous fruits and flowers. Being the capital city of Jammu and Kashmir, King Pravarasen II was thought to be the founder of the city.

It is situated at the bank of the River Jhelum. A few of the lakes contributes to the city of Srinagar’s beauty are the Nagin lake, the Anchar lake, and the Dal lake. The tourists who come to the city can enjoy rides on houseboats.

One of the delightful rides which can be had by tourists is the Shikara ride which provides a picturesque view of the Himalayas. The city is also important for its historical importance. The Tulip garden’s beauty was immensely appreciated when the well-recognized Saroj Khan shot a choreography sequence with actors Mukesh Bharti and Priya Kapoor for the film – Kaash Tum Hotay.

The best time to visit garden is the winter months and therefore, the ideal time is from the month of October to April. The garden’s host more than 70 varieties of tulips and an annual Tulip festival during the month of April.

While the existing cold storage house is located little above the tulip garden, a new scientifically-facilitated cold storage facility is being constructed between the greenhouses.

The time for the tulip festival is generally during the winter month, however, the dates vary according to the blossoming of the tulip. In 2016, the Tulip Festival will be held from April 12th, 2016 to April 14th, 2016.

Number of Plants and Number of Visitors

Being one of the most popular tourist attractions for Kashmir, and the city of Srinagar, the Indira Gandhi Tulip Garden is spread across 16 hectares of land and is home to more than six lac tulips.

The location is spread against the Zabarwan mountain backdrop and is the largest tulip garden in Asia. At present, the garden is home to over 50 varieties of tulip flowers. More than 122 gardeners and 30 laborers work across the garden, all throughout the year.

They help keep the garden in shape with the help of tractors and addition of fertilizers and manure like Calcium Nitrate, and DAP.

During the year 2012, the amount of tourists who visited the country was more than 13.8 lacs. However, the numbers dropped to a staggering 11 lacs during 2013.

The present data for the year 2014-2015 is not available, however, it has been estimated that the number will be significantly lesser than 11 lacs because of the devastating floods which occurred during the month of September.

Other Activities of Festival Day :

This festival will not only showcase Tulips, it would also give visitors a smack of the Kashmiri culture and cuisine.

Several stalls and kiosks would be set up which sell authentic Kashmiri food and handicrafts from all nooks and corners of Jammu & Kashmir State while Kashmiri professionals would perform to the tune of typical Kashmiri folk-music on all days of the festival to entertain and enlighten tourists of their rich culture.

It would be a feast to the eyes to see some of the most beautiful Kashmiri women perform gracefully in the cultural programs organized by the Kashmir Tourism Department.

In regards to the above mentioned boosting and development, the Indira Gandhi Memorial Tulip Garden has been honored with the prestigious World Tulip Award for the year 2015.

A network of tulip lover from 17 countries, the World Tulip Summit Society, has awarded this prestigious honor to the garden because they boast more than 100 varieties of tulips which come across various colors and sizes.

Other Tulip Festivals around the World :

• Keukenhof in Lisse, Netherlands (March 20th – May 17th) – The beautiful tulip festival held in Netherlands celebrates it with 7 million bulbs being planted, every year, during the season of autumn.

• Skagit Tulip Festival, Mount Vernon, USA (April 1st–April 30th) – To view millions of tulips in blossom with mountain being in the background, tourist gather all around the Mount Vernon, USA.

• Canadian Tulip Festival, Ottawa, Canada (May 8th –May 18th) – Being Ottawa’s national flower, the Tulip Festival of Canada is now spread across 10 days and are viewed by millions of people, including tourists.

Have anyone Faced these Questions when Buying Mother’s Day Flowers?

One of the best times of the year to honor your mom is almost here; yes we are talking about Mother’s Day. Blooms are one of the best gifts you can surprise your mother for Mother’s Day because flower gifts are always appreciated they can convey so many emotions and feelings. Flowers are one of […]

All About Pink Lilies: From Origin to Gifting

Gone are the days when people only used to prefer roses to show their love and commitment or even just as their favorite flowers. Now, many flowers come in this list – prominent being lilies. It is, for starters, the favorite flower of Rachel Greene (from the TV series F.R.I.E.N.D.S.)as well as carries a whole […]

Birthday is the most prominent day of one’s life. We all love to receive a gift on birthday. Born Day Flowers gift is the most applicable and most desirable gift for birthday boy/girl. Most of the time we look at the nursery shops find our favorite flowers and then order it for the gift delivery. […]

Top 6 Most Incredibly Beautiful Rare Flowers on the Earth

Nature has created many things that we are using for our purpose. The flower is one of the things which are created by nature and there are many flowers available on earth. It is hard to know the names of all available flowers, but there are some beautiful and rare flowers that are available on […]

Top 7 Awesome Edible Flowers that Use to Make Mocktails/Cocktails

There are various edible flower oils are available, most of the people like to make the cocktails or mocktails with the help of flower oils. There are more than 15 flower cocktails will keep bartending all the spring season. Edible flowers cocktails and mocktails are best to use in spring, it can be best for […]

9 Exotic and Tropical Flowers to do Colorful Arrangement

Tropical are always amazing, they are bold in colour and are of unique shapes. These tropical flowers add unique charm to the flower arrangements. These flowers can tolerate heat and humid environments but they do not bloom in cold. Many people consider these tropical flowers exotic and they are not quite aware about the tropical […]

Find the Perfect Flower Bouquet Based On Your Astrology Sign

Flowers have the best interpretation of everything attached to it- from occasions to sun-signs. Here are some perfect Flower Bouquet based on the astrological signs. 1) Scorpio-> Flower: Geranium Scorpio is the most passionate sun signs of them all. They are full of love, emotions, and desires. Scorpios perform sporadic yet meaningful acts of love […] 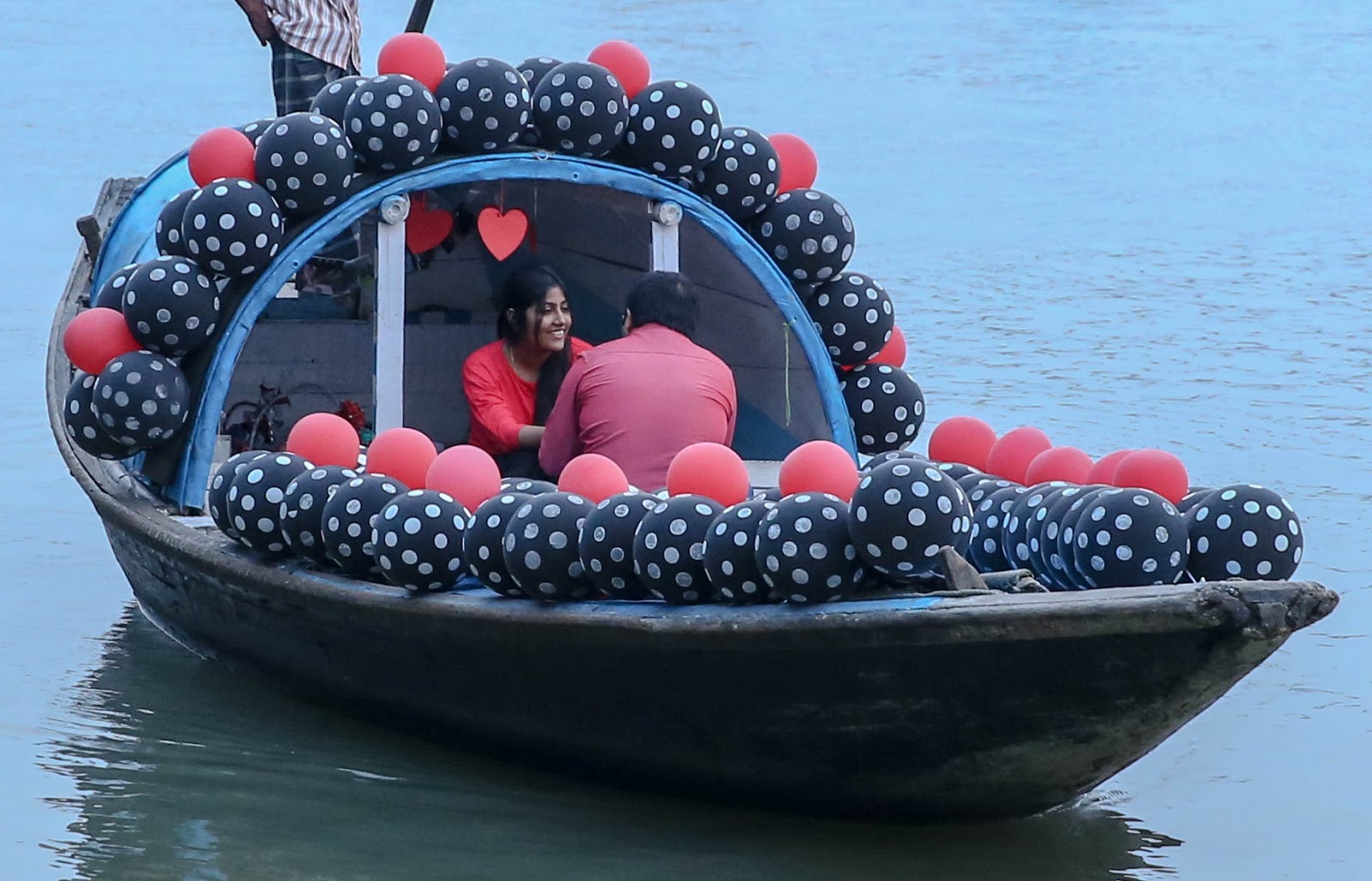 How to Celebrate Anniversary in Kolkata with Flowers and Interesting Activities?

In our life, we often come across events that are worth remembering forever. For instance, our wedding, first day of falling in love, joining a workplace, and making a strong bond of friendship etc. We may celebrate the special days by doing something unique, like going out for a movie, eat out at a popular […]

Sending Flowers to USA? 7 Things You Need to Know About USA

Is there anybody who doesn’t like to receive flowers as a gift? Well, you will hardly get one! Flowers are one of the prettiest gifts ever which can bring smile to anyone’s face. It augments the beauty of an occasion and brings positive vibes. It adds warmth to anyone’s heart and makes you feel calm. […] 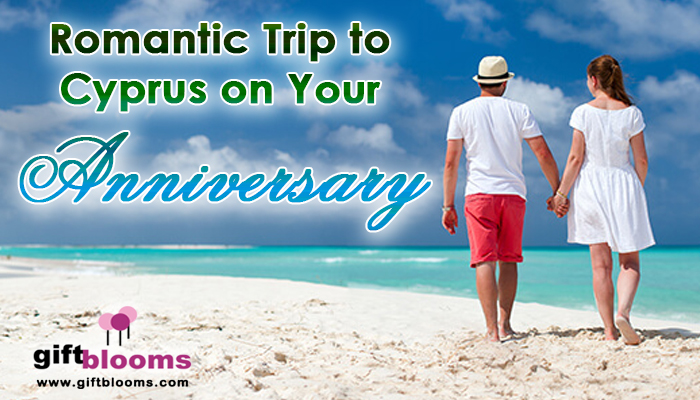 Romantic Trip to Cyprus on Your Anniversary

The wedding is one of the most remarkable days of each person’s life. It’s a new beginning of your life that you promise to share with another person, your life partner. Swears by many vows bind the two persons with each other for eternity. Every year, the marriage date is the day to celebrate the […]